Entering a new era, we would like to sum up the previous one. So many events came together in a single formula, and we want to share the brightest ones with you now.

The first font was developed and released back in 2014. An octagonal sans serif called TT Squares was created by the studio’s founder and designer Ivan Gladkikh. There were only a few apprentice freelancers collaborating on it, but the plans were to create the best projects in the world. By the way, this font has been completely redesigned and released in 2019 under the name TT Octosquares.

The first office was opened in 2016. It was a tiny room with the first staff of four: two designers, a marketing specialist, and a financial specialist. In 2017, we have moved to a new office as a team of 8 people, by 2019 we were already about 10 people. Now there are over 30 employees, and that’s only counting those working full-time! Today we are preparing to move to a larger office, and our specialists form several full-scale departments in various directions, from creative to commercial.

We raised some of the specialists ourselves, or rather organized training courses. In addition to the educational mission, we also looked for designers to hire, taking those most interested in the font business. The first course began in 2016, and six months later, two designers joined the TypeType team. After the second course, launched in 2018, four more designers joined the staff, and our circle of acquaintances expanded significantly.

Not only the staff grew, but also the practical skills of the entire studio, a new system of work was formed and the quality of the product improved. In 2016, we completely reimagined our approach to font creation with the release of TT Lakes. In it and in subsequent projects, the font character composition, the number of styles, and features appeared. In 2017 already, we released the studio’s first bestseller—TT Norms®️, which, like a rock star in the world of typefaces, blew up the charts on marketplaces and became a MyFonts bestseller for the entire 2017. We repeated our success the following year with TT Commons, the studio’s second bestseller. These products are still the best-selling and most popular typefaces, so in 2021 we released new, completely redrawn versions of them—TT Norms®️ Pro and TT Commons Pro. In 2018, we took on the redevelopment of the first corporate typeface for a major brand. Later, this service would become usual for us.

We could not have achieved such results without constant reflection and improvement of internal processes. 2017 became a landmark year, because it was then that a programmer joined us and created all the functionality at our request: a validator that analyzes fonts, a language script, converters, and the rest of the software package. At the same time, we started to form the technical department, separating it from the creative one. A significant event for the latter was the appearance of the art director position filled by Yulia Gonina in 2019, after which the products improved significantly from a creative point of view, and the entire design team made progress in terms of font drawing.
The technical department was in no way inferior. In addition to growing consistency and developing our own approach to kerning and the construction of debugged work algorithms, we have developed our own hinting. By 2019, each cycle was perfected, and projects with mastering of third-party fonts began to appear in our portfolio.

In 2021, we began to go beyond the horizon of working exclusively on the product and started expanding the sales and marketing departments. More than 50 fonts, 800 typefaces have appeared in our portfolio, and our typefaces have been used by 35,000 different clients from 110 countries.

We now need to take one more step towards our clients, namely, to be in the same legal field with them. Opening an office in the United States, it will become easier for projects from America, Europe and other countries to interact with the TypeType studio. So far, this is a legal formality that has every chance of growing into a full-fledged office with new employees, coffee breaks, and negotiations. Stay tuned, because the most interesting is yet to come! 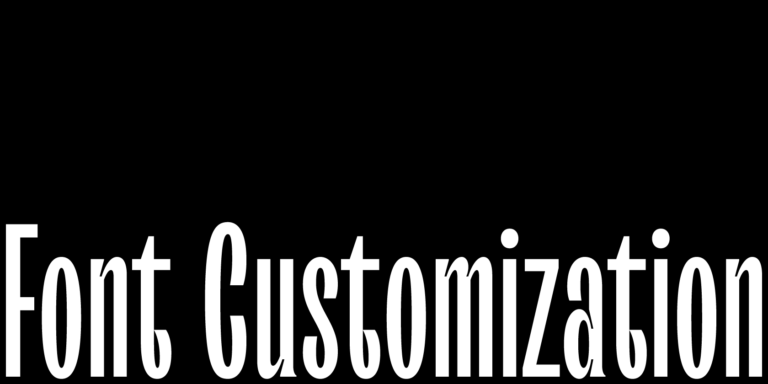